Influencer Marketing 101: How To Create Relationships That Promote Your Business 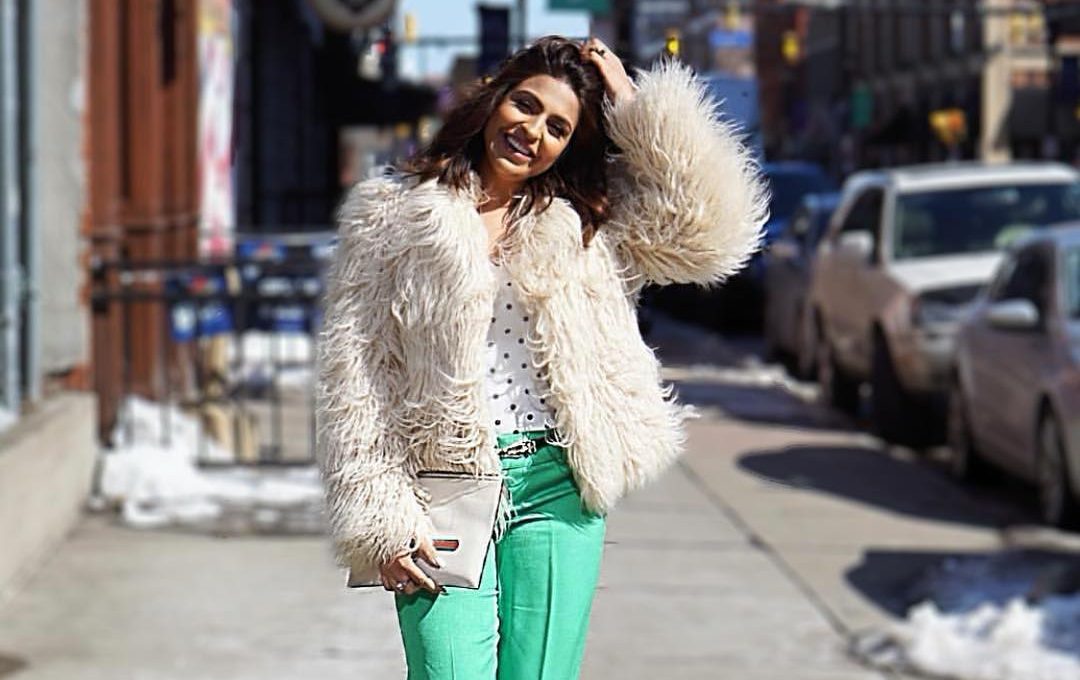 One of the side effects of social media taking over our lives has been the rise of the Influencer – someone who gains a large following through their social media posts and interactions.

While someone like Kendall Jenner is considered to be an Influencer, she’s actually more of a celebrity. The key difference is that Influencers aren’t famous, even for just being famous, Kendall Jenner, and because of that – they can seem more relatable.

Marketing professionals know that relatability can be powerful. One survey found 34 percent of daily Instagram users in the US have purchased something because of an Influencer recommendation. Because of this power, many businesses are viewing Influencers as a crucial part of their advertising mix: At least two-thirds of North American retailers use Influencer marketing, and nearly one half of US and UK digital marketers invest a minimum of 10 percent of their communications funds on Influencer marketing.

However, not all businesses are on-board. Local Instagram makeup Influencer Samreen Arshad told us that not enough local Buffalo businesses are taking advantage of this newer kind of marketing.

“I’ve worked in Chicago and I’ve worked in Toronto,” she told us in a recent phone interview. “The business I get there and how much people benefit from it is totally different (from here). Like in Buffalo, I think I’ve never been contacted one time to work with a brand.”

Although Influencers can be found on any social platform, Instagram tends to be the most popular channel for both content creators and marketing spend.

Influencer marketing is powerful when a content creator has strong ‘resonance’ – a high amount of engagement between themselves and their followers. By comparison, celebrities can have massive follower counts, but their ability to resonate with so many people is limited. Resonance can be especially powerful in a niche area that doesn’t get serviced by many Influencers. For instance, if you’re into French jazz from the 1970s, the few Influencers you follow in this niche (are there any??) will have a big influence.

The idea that smaller is better means that businesses, and local businesses in particular, should try to work with “micro-Influencers” – people with 5,000 to 25,000 followers.

“The biggest misconception that some companies have is – the bigger the following, the bigger the Influencer,” Arshad said. “I think that is so, so wrong.

“I personally know so many big Influencers with followers in the hundreds of thousands and their reach and influence on people is minimal. So, I think that is where companies go wrong. I mean you can buy (fake) followers today. Every day, I get multiple emails for buying followers, like $50 for 500,000 followers or something crazy like that.”

Not all Influencer marketing is created equal and there are definitely a few best practices you should follow when going this route.

Lindsay Riggs, one half of the husband-and-wife Influencers Buffalovebirds, told us that a major key is treating the relationship as you would any other professional marketing relationship. Often, that means a business-toned email is the best way to contact an Influencer. Also, Don’t hesitate to talk about free product samples, rates or compensation up front.

Given the casual nature of social media, this might feel a bit counterintuitive.

“If you really want a good experience with an Influencer and you want it to be authentic and genuine, just understand that it’s a professional relationship, and you need to take that into consideration when you’re building out your marketing budget,” Riggs said.

Local influencer Caralyn Mirand Koch told us brands that have clear campaign goals and messaging are ones that tend to have the most success.

Arshad told us the best Influencers have a strong brand identity, and companies should look for Influencers that also happen to suit their own brand. For instance, Arshad said she’s been deliberate about building a fashionable identity on Instagram.

“If somebody follows me, they should know what they are following me for,” she said. “Since day one, I’ve been focused on makeup, because my end goal was to launch my cosmetic line, which I’m doing now. So, I cannot be promoting dog food.”

“I need to market a product the way that people see me. I can’t do something that doesn’t suit my personality,” she added.

Companies should also look for Influencers that stay focused on providing good content and value to their followers, instead of simply pushing various products. A good rule of thumb is to avoid Influencers that post more than one-in-five sponsored posts.

Diversity is also a key factor to consider when working with Influencers. As a South Asian woman, Arshad said it’s a personal policy of hers to focus on working with companies that make diversity a strong part of their brand.

“I think diversity is a major, major thing right now,” she said. “When a company wants me as the token brown person, who is South Asian, that really bothers me. So, I don’t work with companies that don’t have ethnic diversity as a part of their brand. That’s something I would love to see more of in Buffalo.”

She added that that lack of diversity in local Buffalo marketing could be why she gets more work out of Chicago and Toronto: “I do see some Buffalo Influencers who get a lot of work and that probably goes back to the diversity thing. I probably don’t fit (local companies’) mold as a South Asian woman.”

When it comes to developing content and a posting schedule, Mirand Koch said dates for content postings should be clear in the initial discussion but negotiated further to fit the schedules of both sides. Riggs said businesses should treat it as an on-going conversation.

“Influencers will always try to do their best to accommodate businesses and their needs,” she explained, “but it’s important for businesses to understand that it is an on-going conversation – not something that is set in stone.”

When done right, Influencer marketing can be a powerful marketing tool that provides a massive return. Arshad suggested that more companies should be using this emerging area of advertising.

“I think there are so many businesses that don’t tap into social media, to Influencers, and they could really benefit.”

Step Out Buffalo Business is a business focused publication featuring tips and tricks for entrepreneurs and small business people in Buffalo & Western New York. We write what we know and when we don't know, we ask an expert in the field. We've gained our knowledge through experience growing businesses in various industries. 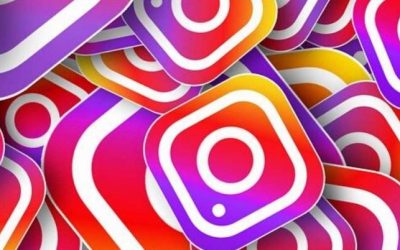 8 Instagram Trends & Features You Need To Be Using In 2021

Now more than ever, Instagram has become a great (and popular) tool for small businesses. Later.com recently published an article that dives into the biggest Instagram trends and app releases from last year and makes predictions of which ones will continue to grow in... 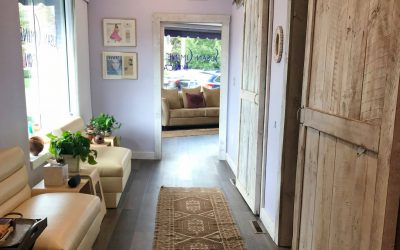 As a salon or spa owner, adding a social media marketing strategy can be huge for your business...and help you increase your profits exponentially. ​ It might seem like a pain to add social media to your lengthy to-do list but social media isn't going away any time... 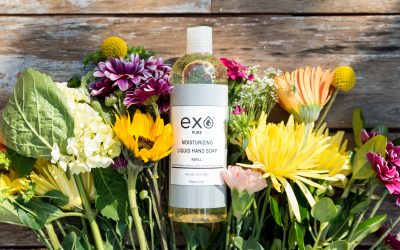 When it comes to marketing your business online, Instagram is one of the most valuable tools you can use— regardless of what industry you’re in. From brick-and-mortar boutiques to pop-up restaurants and everything in between, literally every type of business... 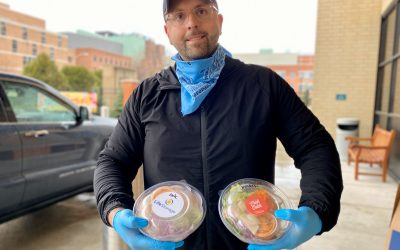 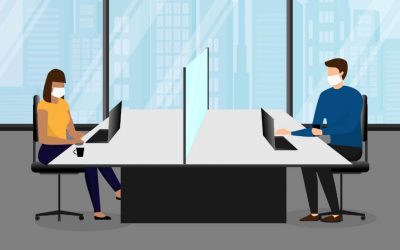 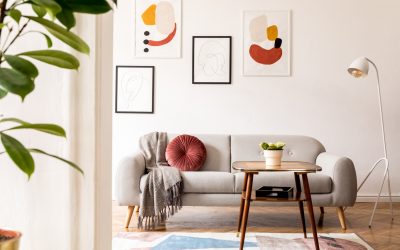 While 2020 was a year unlike any other, there were some trends worth noting. For starters, we saw a huge increase in our WNY community coming together. From supporting local businesses to donating meals to frontline workers to unique and innovative collaborations,... 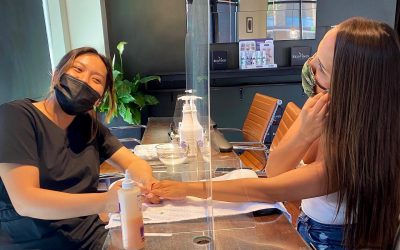 If your business is the the grooming, salon, hair care, barber shop, or anything else in the personal care industry - keep reading. When your business involves making others look and feel their best, you want and *need* your social media to reflect that. Not only... 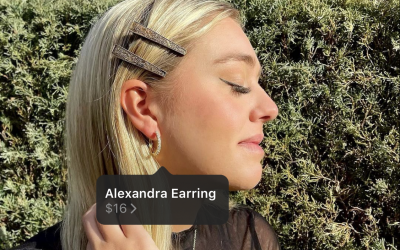 With a historic year for social media (and the world in general) Instagram launched every update imaginable, from branded content to guides to shoppable posts and more. Instagram’s new adaptations have given businesses an opportunity to leverage their brands in so... 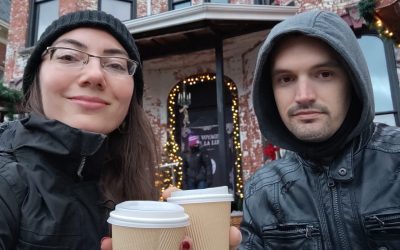 A Step Out Buffalo Instagram Story is a great way to increase your brand exposure on Instagram In addition to exposure, these Stories also can direct new followers to your page and traffic to your website. Bonus: These Stories are also shared to Facebook (all Stories... 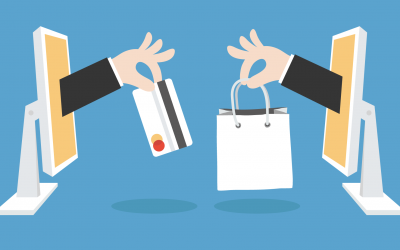 If we’ve said it once, we’ve said it a million times— setting up an ecommerce shop is an absolute must for local businesses. Pre-2020, shopping trends were already showing major increases in consumers shopping online. Then (as we all know), the pandemic only magnified... 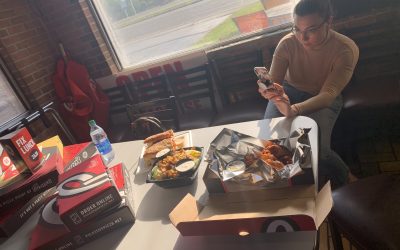 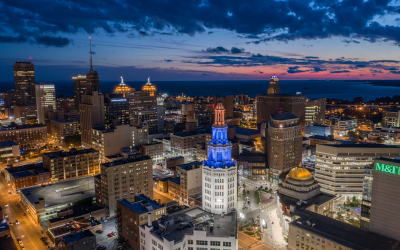 Here at Step Out Buffalo, we want to see businesses succeed. From helping local businesses pivot their marketing strategies on a dime to creating the city guides that keep our audience updated on the best things happening in Western New York, all of our efforts over... 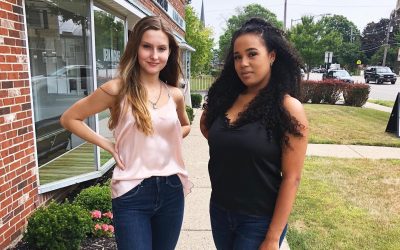 Business Spotlight: RuthAnn Boutique & Expanding Their Customer Base During COVID

In our Spotlight series, we examine how the businesses we work with excel in marketing themselves in different areas. We explain what they are doing well, why it is working for them, and how you can do the same for your business! Meet RuthAnn Boutique Located on Main... 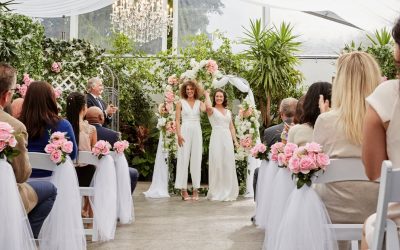 In The Wedding Industry? Here’s How Step Out Buffalo Can Help Increase Your ROI This Engagement Season

If you feel like you’ve seen an influx of engagement announcements in your newsfeed lately, it’s not just you. Welcome to proposal and engagement season— the magical time of year between Thanksgiving and Valentine’s Day where nearly 40% of all proposals take place....